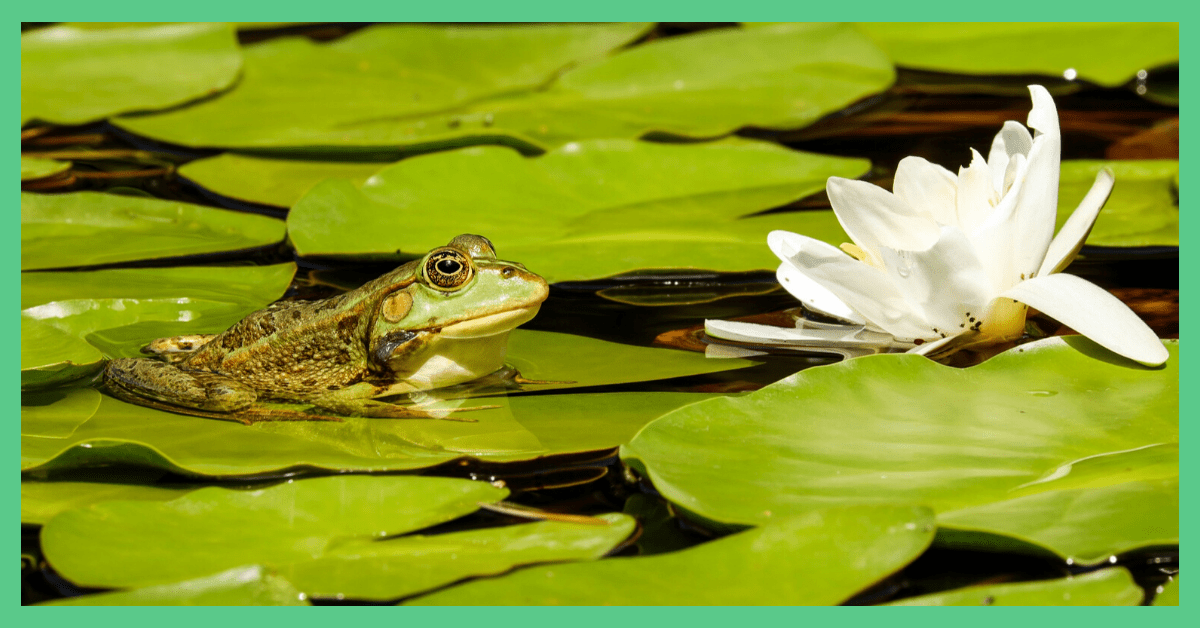 You’ve probably heard the one about the frog and scorpion crossing the river together. It’s one of those stories that crops up time and time again. Mainly because it teaches us important lessons that can help us to lead happier, more fulfilled lives.

What’s the frog and the scorpion?

In this story, a scorpion is sat by the river, wanting to cross. But as it can’t swim, it asks a frog sitting on the riverbank, if it would carry it across the river, on its back, to the other side. The frog is wary and says: “but you’ll sting me,” however the scorpion looked to reassure the frog; “no I won’t, because if I sting you, we’ll both drown.” So the frog agrees to carry the scorpion across the river, but halfway across, the scorpion stings the frog. “Why did you sting me?” gasps the frog. “I couldn’t help it,” replied the scorpion, “it’s my nature.”

It’s difficult to say where the story about the frog and the scorpion originated from. But according to Wikipedia, it emerged in Russia in the early 20th century. However, it is likely that earlier stories inspired this tale.

Short stories… What we can learn from this one?

Like many fables, we can learn lessons from the frog and the scorpion. Lessons that could save us money, time and energy. 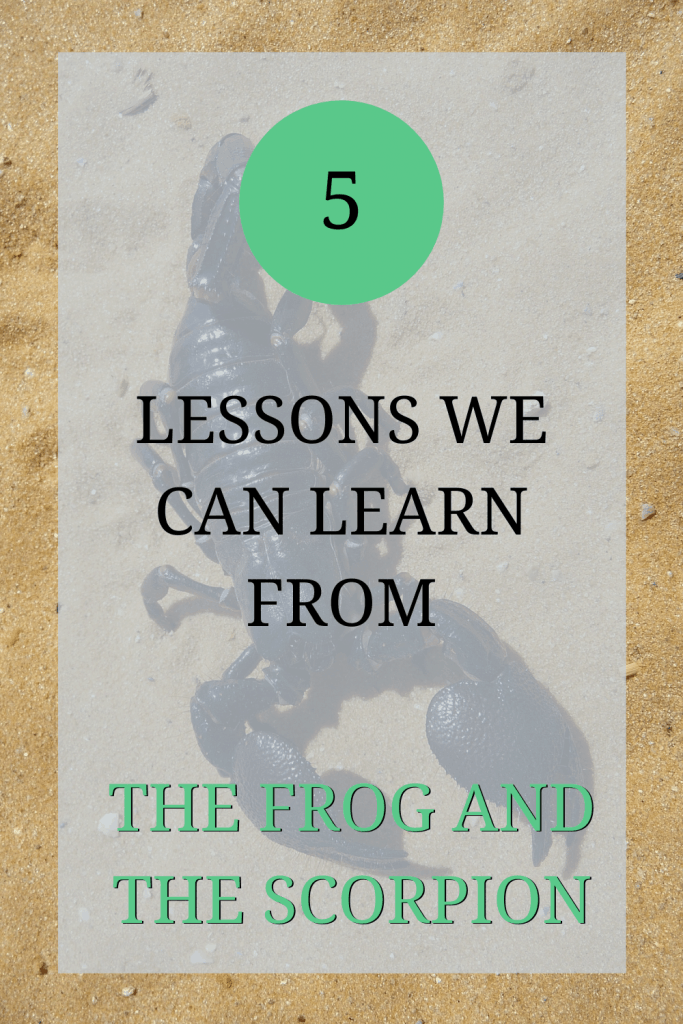 1) Look at the whole picture

If a scorpion has hurt you before, then it could sting again, even if it does promise not to. Occasionally a scorpion will make a decision to fight against its nature to sting, but if it can’t fight the urge and it does sting you again, then what impact will that have on your life? If you’re the frog in the situation, then you need to consider each outcome and how it would make you feel.

This can be applied in lots of different situations. For example, if somebody is telling you you should buy a product because it will solve all of your problems, ask yourself if it genuinely will. They might tell you they wouldn’t recommend it if they didn’t love the item themselves, but is that strictly true? Or is that salesperson going to hit their monthly target if you put your hand in your pocket? The same applies when somebody is asking to borrow money. If they have in the past and they haven’t repaid you, then how do you know they won’t do the same again?

Sometimes people try to persuade us to do things for their own reasons and they won’t change previous behaviours, so it’s important that you question them so you can gauge their integrity.

3) You can be too trusting

Trusting other people is a lovely quality to have, but people have to earn that trust. And if the trust is broken and they do sting you, then try to learn from it. Don’t just offer to carry them across the river again after a few kind words. And if you do, be aware that they may hurt you again.

Scorpions are a part of life. They exist among us and you’re bound to face one eventually.

In this fable, the scorpion stopped to ask the frog, for help knowing it would sting, because it wouldn’t be able to help itself. The scorpion lied about its intentions. You might think that by minding your own business, you will avoid these characters, but sometimes it’s not possible. It’s likely you will feel disappointed when you encounter a scorpion, but it’s part of life and the human condition. People have flaws and they tell lies.

5) Recognise the scorpion within yourself

We are all able to make choices, but those choices are influenced by our nature. So if you know that having your savings account on show will tempt you to dip into it, hide it. If you know you’re a sucker for Just Eat, despite wanting to save money, then delete the app. There are things we can do to make our choices overrule our nature, we just need to recognise and acknowledge our own weaknesses.

Bedtime stories for kids… Think about what they could learn

The best stories are the short and simple ones, that enable your child to think and learn something valuable. There are loads of lessons within this fable, about character and trust, which is why it’s a good one to tell children when they’ve gone to bed. It will give them the chance to process what they’ve heard and hopefully learn something valuable.

What are your thoughts? Do you see any other life lessons within this fable?

If you’re currently working on yourself that might also be interested in learning how to thrive in isolation, about free personality profiling and how you can work from home productively. Editor’s note: This post was originally published in July 2020 and has been completely revamped for accuracy and comprehensiveness.