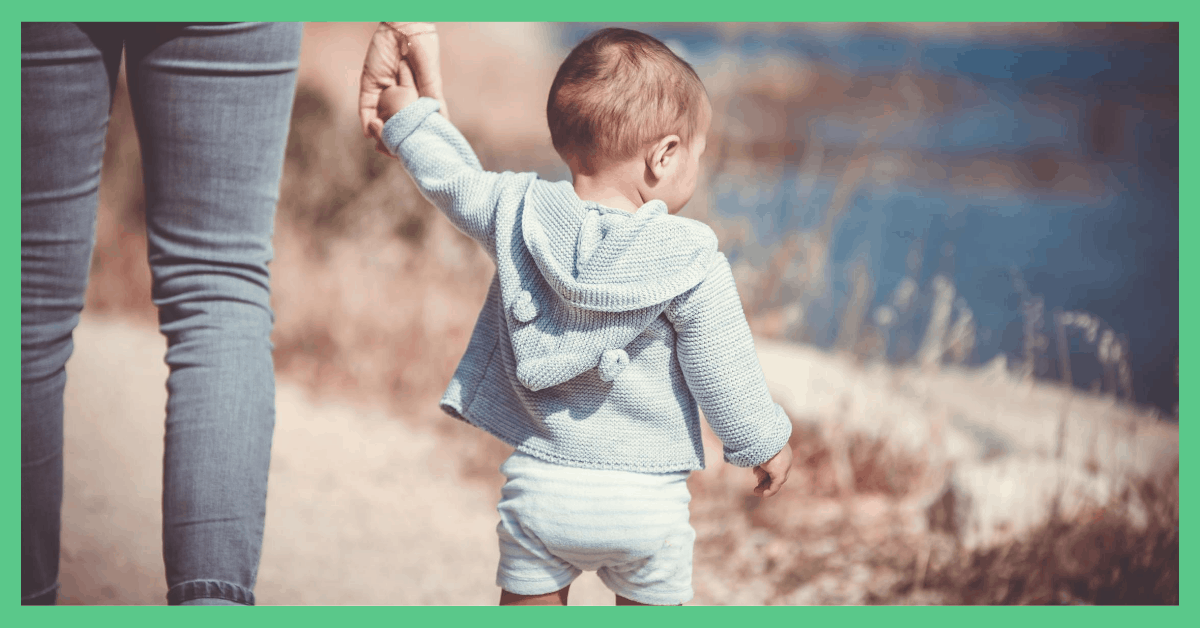 I have no idea what it’s like to be a single parent and this article isn’t about me proclaiming that I have any clue about going it alone. However, I found that solo parenting was a shock to the system and I was apprehensive before it began. I think that’s okay to admit, because we all get used to our own personal situations, so a sudden change in circumstance is bound to rock the boat. But I found that if you box clever, you’ll get through your solo parenting stint with a smile.

Temporary single parenting… Two weeks on our own

I spoke to my friend about single parenting, caveating it that I knew I shouldn’t complain and that I know that single parents do it seven days per week, 365 days a year. My friend, who was a single parent for seven years, but now has a partner, stopped me in my tracks. She explained that although she’d been a single parent in the past, that was her norm. And she acknowledged that having two weeks without her partner now and being alone with her kids is something that she’d find tricky. That’s the key isn’t it? We all get used to our version of normal.

I think that I struggled with the whole solo parenting thing, because I was going through a bit of a tricky time when it occurred. My husband’s beloved aunt had passed away. She lived in Barcelona and he was desperate to see her son (and his cousin), so he booked to visit.

However, two days before he flew out, I discovered that I was going to be made redundant. I’d been on furlough for a while and the will-I-won’t-I-lose-my-job anxiety had been hanging over me for a bit. I knew that I could lose my job, but the reality of it happening smacked me around the face with force. There was so much spinning around my head. How would I earn money? Would we be able to afford nursery? What would I do next?

On the day I received my redundancy news, the government also made an announcement. Due to a rise in COVID-19 cases, anybody going to mainland Spain would need to self isolate for two weeks when they returned to the UK. I imagine that it would be difficult for anybody to self isolate in the same house as their kids, but as parents to a 20-month old, we knew that doing this would be impossible for us. We couldn’t explain to our little one and seeing his daddy but not being able to touch him for two weeks would cause him a lot of distress. So I’d have to go it alone. Cue two weeks of solo parenting.

Let’s be honest, two weeks is not a long time. There are people who parent alone for much longer periods and you don’t see them complaining. But I’m not complaining. I’m just explaining that I found it hard and by implementing a few different strategies, I managed to through my solo parenting stint with a smile. So if you’re facing one and you’re feeling especially vulnerable about it for whatever reason, hopefully you can incorporate some of these tips.

1) Ask for help with your child

Ordinarily I’d feel a bit silly asking for help. I was flying solo for two weeks. It’s not a long time. But I was feeling especially low when I found out I’d be solo parenting for a bit and I know that my little boy shouldn’t feel the effects of that. So I owed it to him to ask for a hand.

My mum and my mother-in-law-to-be were only too happy to help out. This really came into its own when I was up all night with a teething toddler and I was feeling sleep deprived. As they were happy to watch him whilst I napped the next day.

I didn’t have to ask for help. Yes I probably could have coped, but I did ask and that help made things easier for me. We don’t all have family close by. If you don’t but you’d like a hand, then ask a friend. Support is important and it can help to make things easier.

2) Stick to the bedtime routine

As my partner works from home and has a lot of equipment in the home office, we thought it made sense for me and Arthur to move out for two weeks. Oh how wrong we were.

After four nights of hardly any sleep due to teething and me being unable to settle Arthur in his travel cot, I told my husband that we needed to come home. My husband was able to move into a vacant family member’s property, so Arthur and I moved back home after five days. Being in his usual environment made all the difference and he settled so much better. So I’d advise that you keep to your usual routine as much as possible.

3) Do some nice things together

If you’re stuck in the house together, with nothing to do, then you may find that the time drags. So make some fun plans. If you’ve got a toddler and you’re out of ideas, then this article may give you some inspiration.

Video calling is amazing. Not only does it enable to parent who is away to see their child. But your child can see their parent. There are so many ways to video call. We use Facebook Messenger for ease, but FaceTime or Zoom would also work.

Instead of looking at your whole solo parenting stint, take it a day (or a night) at a time. Doing this kept me sane on night four of teething when I was dog tired, giving my little boy 4am snuggles.

It’s important to treat yourself. A friend of mine gets through stints of solo parenting by rewarding herself with something small each day. It could be a phone call with a friend, a bath, or an episode of your favourite television show. Just make sure you do something for yourself each day.

Kids aren’t predictable, so you have to go with the flow anyway, but this is especially important when flying solo. You might be up all night, they might throw their tea at you, plans may end up being cancelled. Just try to roll with the changes as and when you have to make them.

8) Look for the positives

My solo parenting stint was not easy. But there were some positives. I got my little boy, pretty much all to myself for two weeks. This meant that I got all of the smiles and all of the giggles. He’s also been coming to me for lots of cuddles, which has been lovely.

The other major positive was me realising I could do it. My husband is a very hands-on father and sometimes when I watch him in action, personal insecurities kick in and I start thinking I’m not capable. That just isn’t true. I’m more than capable of meeting my son’s needs on my own and having two weeks of solo parenting has reminded me of that and it’s had a positive impact on my confidence. 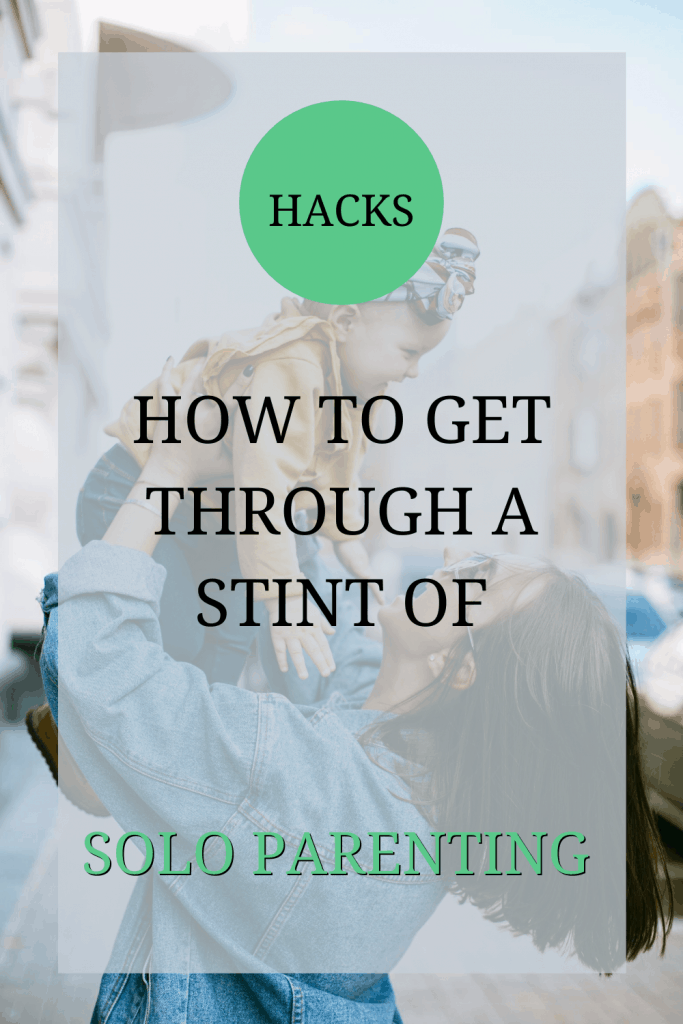 Final thoughts on being a temporary single parent

I think it’s important to acknowledge your feelings and it’s okay to feel apprehensive about a temporary change in your circumstances. But this two-week period was a reminder to me, that I am stronger and more resilient than I think.

Also, single parents are actual superheroes, aren’t they? I take my hat off to single parent families who thrive, because there’s no other option.

If you enjoyed this article, please checkout my motherhood section.