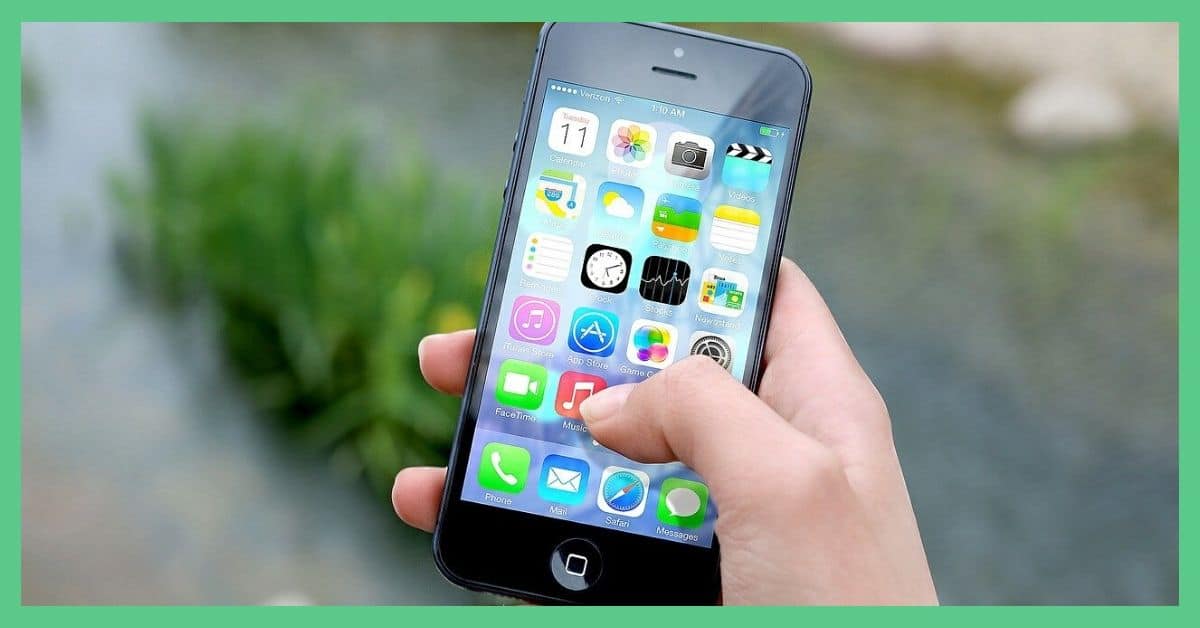 If you’re trying to compare mobile phone deals, then you probably already know that SIM-only contracts are cheaper. Of course you’ll pay less than you will on a fixed-term contract that comes with a new handset. But just how much will you save? Is the saving worth sacrificing the latest phone for? In the SIM only vs contract phone war, which one comes out victorious?

How to compare mobile phone deals – the battle begins

It was October 2017. My 24-month phone contract with O2 had expired and I was pondering what I should sign up to next. I’d been with O2 for close to 15 years at that point. They’d been my provider of choice since I got my first ever mobile phone contract, aged 18.

O2 is what I’d always known. To be honest, I presumed they’d always give me the best deal too, because I’d been with them for so long.

I mentioned my phone-contract-quandary to my partner and he couldn’t believe I was going to take out another contract. After a few discussions on the subject, I decided to look into my options.

The first thing I did was go to a comparison site for phones. The site I used analysed my bills and then threw up a list of suggested packages that would meet my needs, based on previous use. It turned out that I would need at least 6GB of data in order to keep my bills within contracted usage. This was important, as I didn’t want to be going over my allowance each month and shelling out more.

I looked at SIM-only deals to see what was available and I was impressed by the SIM deals on the market. I managed to get get 6GB of data, unlimited texts and unlimited minutes on Plusnet for just £11 per month. There are some cracking Sim deals available, so in the SIM only vs contract phone battle, SIM only was romping ahead at this stage.

I then took a look on O2 as I wanted to stick with my usual provider. There I found a SIM-only deal with 4GB of data each month, but it was £3 more expensive. I tried to call O2 to negotiate the rate, but they were unable to come down in price. Sadly, they couldn’t add in any extra data either.

You do get some nice add-ons with O2. Like O2 Priority, but for me personally, this wasn’t worth an extra £3 per month. And after carrying out my bill analysis, I knew that I’d need more than 4GB of data.

So I ended up on a SIM-only plan with Plusnet. This is what I got each month:

It is worth mentioning, however, that Plusnet doesn’t always have the best deal, so do your research. It’s also worth checking if you can get cashback on your deal.

The last 30 months with my mobile (the iPhone 6S)

Since moving to a SIM-only contract I have used my iPhone 6S. My original plan was to update my phone within a couple of months, but I never got around to doing that.

I have occasionally gone over my contracted allowance, so I’ve had to pay for extra bolt ons to cover this. But over the past 30 months this is what I have spent on my SIM-only package:

When it comes to all the decisions I’ve made over the years, relating to mobiles, this was one of my better choices. 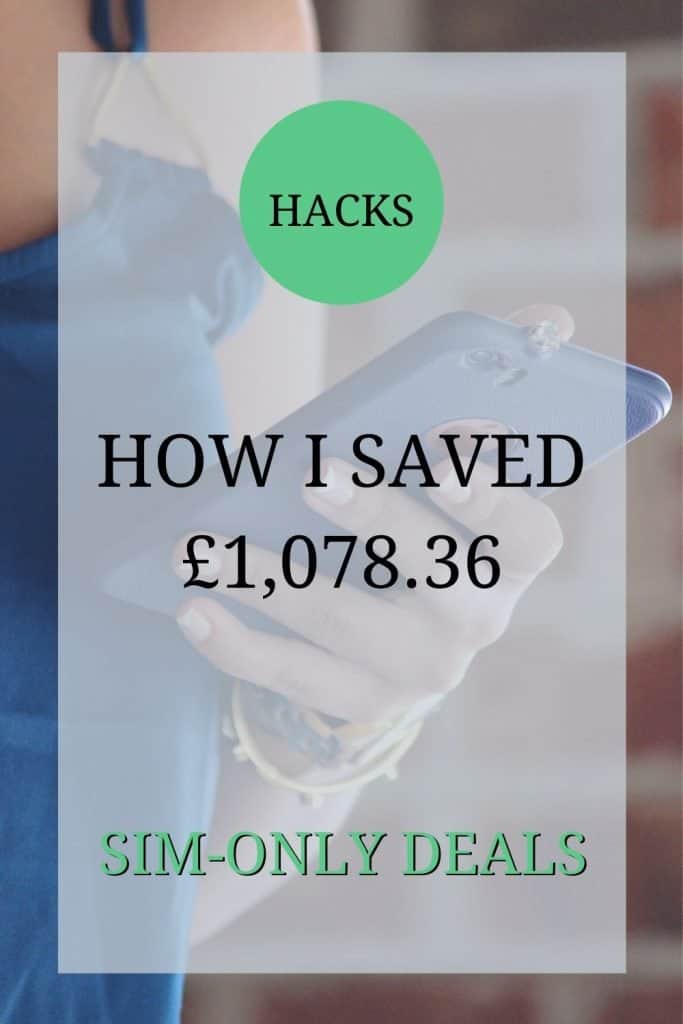 Making a fair comparison… where’s the saving with Sim only deals?

It would be unfair to directly compare a current, brand-new phone contract with my SIM-only deal that stretches back 30 months. But I think it’s okay to compare what I have spent with what I could spend, as I’m not pretending this is a like-for-like scenario.

I have been looking around at different plans. i wanted my phone of dreams, the Apple iPhone 11, on contract. And here’s one competitive deal that I have found:

This is what this deal would cost me over the next 30 months, not accounting for any surcharges for exceeding my contracted allowances:

If I was to take out the iPhone 11 deal I found, I’d pay at least £1,078.36 more than I have over the previous 30-month period. That’s a minimum figure too, as it doesn’t account for me potentially going over my allowances.

But I like to get the latest phone – what about phone contracts that come with a handset?

Make sure you do a thorough comparison of different phones before committing to a handset, as it’s a lot of money to spend and you’ll want to get it right. You might be well suited to a Samsung phone, like a Samsung Galaxy. Or maybe you have your eye on something else.

Once you’ve decided on a handset, you’ll then want to compare mobile phone deals. Use a mobile phone comparison site, or tool,  like MoneySupermarket to work out what’s best. Keep in mind that some contracts come with added extras like free broadband or travel insurance. When comparing mobile phones, you can factor these perks into your decision, but only if you’ll genuinely benefit from them.

Maybe you’s like to invest in the latest phone and you don’t want to stick with an old model. If that’s the case, you could buy an iPhone 11 separately and use it alongside a SIM-only deal.

If I’d bought a Apple iPhone 11 handset for £779 (the price at the time of writing) and I paid £410.84 for my SIM-only contract over the next 30 months, then theoretically I’d still be £299.36 better off than if I’d gone for a 30-month plan that included a new handset. However, this does, of course, involve an upfront cost.

Comparing mobile phone contracts and getting the right deal for you

I have blinked and 30 months have passed. Have I missed having the latest iPhone? A little. Has saving over £1,000 been worth it for me personally? Yes it has.

Of course your old phone may have defects. You may break the screen and have to pay out to replace it. But things can go wrong with new models too. It’s a lottery, no matter what route you go down.

I realise my example above is very hypothetical and there are lots of deals in the market and ways to save. But the fact is, my SIM-only contract has cost me an average of £13.70 per month, over the last 30 months. So in the SIM only vs contract phone war, there’s only one winner for me. SIM only.

I will upgrade my phone at some point. But unless I can find a competitive phone contract, I will be sticking to a SIM-only deal and sourcing my handset elsewhere.

Going SIM only is just one way of ensuring you have extra money in your pocket. But if missing out on the latest handset isn’t for you, then check out: Buying a new phone: how to do it affordably. You should also read about simple tricks to save money, ways to save £1000 over the year and strategies to make free money in the UK. You need to sign up to Airtime Rewards as well.

There are loads of different phone contracts available, but what type of phone contract works for you? What are the main advantages? Let me know.

If you’ve been looking for mobile contracts and trying to compare mobile phone deals, then I hope you found this article useful. You should also check out my other money saving hacks and my round up, explaining ways to save money on a tight budget.