It’s not a shock to anybody that babies are expensive and one of your biggest outlays is a pushchair. But would you ever buy one secondhand? I’ve used both a new and a second-hand pushchair and I’d say there are some major advantages to buying one that’s preloved.

What did you do?

I hadn’t even thought about buying a second-hand pushchair until my friend suggested it. She explained how she frequently spots secondhand pushchairs for sale in charity shops and how part of her regretted buying a new one when she was pregnant, because with hindsight, she should have looked for a second-hand model.

Now I love a bargain of any kind, so after a chat with my partner, we decided to source one secondhand. We planned to look at new pushchairs, find one we liked the look of and source that model second hand. So we went to John Lewis to test ride some buggies, made our decision and then hunted on Preloved for that model.

Did your second-hand pushchair last?

When our son was about four weeks old, I was asked to review a brand-new pushchair for MadeForMums. I had to use it over a period of six weeks so I was able to write a comprehensive review. During that time, due to a lack of space, we decided to pass the secondhand pushchair on and it’s still being used now.

6 advantages of buying a secondhand pushchair

I realise that I ended up with a brand-new pushchair, yet I’m advocating buying secondhand. However, that was down to luck and having used both a brand new and a second-hand pushchair, I wouldn’t buy a new one in the future. Here’s why: 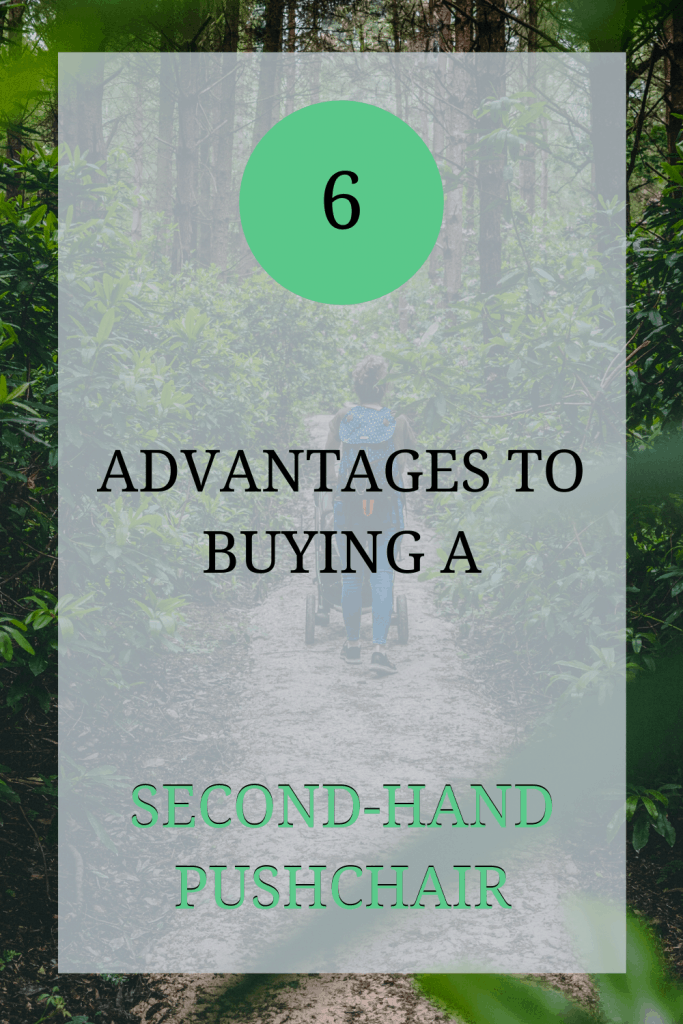 If you decide to buy secondhand, you won’t pay the premium that’s automatically added to new new items. This will mean that you will save hundreds of pounds.

When I was pregnant, we needed to buy a second car, so I wouldn’t be isolated whilst I was on maternity leave. With that in mind, I couldn’t justify dropping £1000 on a new pushchair, as I knew that money would be better spent elsewhere.

If you’ve finished having children, or you don’t have the space to keep a pushchair, then you’ll want to pass yours on as soon as possible. As pushchairs are so expensive to start with, many people try and recoup some of the money they spent by selling it on. That may be why there are hundreds of pushchairs for sale and if you shop around, you’ll be able to find one that’s preloved and in great condition.

I searched on Preloved, eBay and Facebook Marketplace looking for a pushchair and it didn’t take me long to source one. I found an iCandy Peach that had hardly been used. And at £100, it was less than a tenth of the price of a new one.

You can read all the reviews in the world, but you won’t truly know if you’ve made the right choice until your baby arrives. Hopefully you’ll have made the right decision, but maybe you’ll find your pushchair difficult to use, fold, or manoeuvre. This is where a secondhand purchase really comes into its own. If you’ve spent £100 on a secondhand pushchair that isn’t quite for you, then you can pass it on to somebody else, or resell it. It’s no big deal. But would you feel the same if you’d spent over £900 on a Bugaboo Fox? You can’t send that back to Amazon after four months because it drives you mad when you push it along the country lane by the side of your house.

Although a secondhand pushchair won’t look picture perfect when you buy it and you will be able to tell it’s been used before. A new pushchair is much the same after a couple of outings.

When I started using my brand new one, I loved how new and clean it looked. But the wheels and the chassis scuffed in no time and after a couple of outings, my brand new pushchair no longer looked brand new. It looked worn. Just like my second-hand buy.

5) Your baby will be none the wiser

Do you remember what pushchair your parents pushed you around in? No, neither do I. Your baby won’t know how much your pushchair was, or where you bought it from. As long as they’re safe, clean, warm and fed, all is well in their world.

By buying secondhand, you’re stopping something else from going to landfill. So from an environmental perspective it makes sense to buy pre-loved items where you can.

I think it makes sense to buy a second-hand pushchair. If you shop around you will find one in great condition. I’d also much rather have £900 in my savings account, than in John Lewis’s till.

A pushchair isn’t the only baby item I’d advise you to source secondhand. 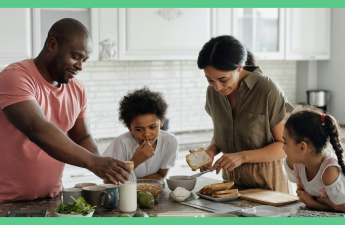 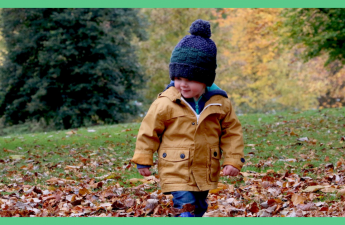 Thrifty things to do in Autumn with your toddler 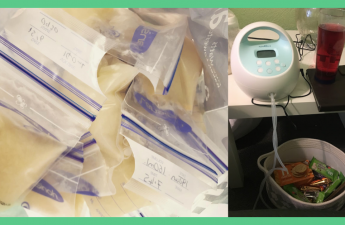 Hello! My name is Claire (Stapo to some) and I created Stapo's thrifty life hacks.  I'm 35 and I live and work in Greater Manchester with my partner (Mr St) and our son, Arthur (aged two). Mr St and I...