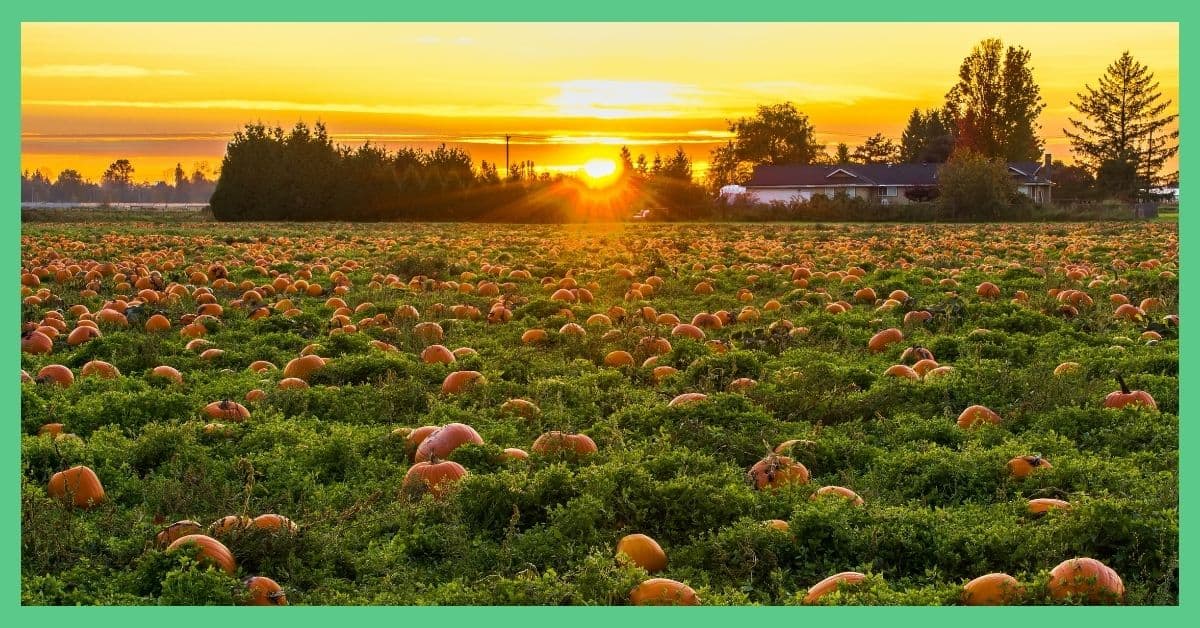 The tradition of going to pick your own pumpkin is one that snuck up on me. I am not sure when it became a popular tradition, but where I live (in northern England), you blink and all the pumpkin patch tickets have been bought. Unless you’re quick, you won’t be able to take the kids to your local patch. So what’s it all about? When did it become ‘a thing’? And should you be heading to a patch this autumn? Let’s take a look.

The history of the pumpkin

A pumpkin is a winter squash that is round with smooth. It has a slightly ribbed skin and it’s usually a deep orange colour. The thick shell contains seeds and pulp. You can use the flesh to make things such as soup, pies, or you can buy one especially for carving.

People tend to think, or presume, that pumpkin carving an American import, but that isn’t the case. The tradition actually originates in England, Ireland and Scotland. But before pumpkin carving became popular, our ancestors would carve turnips.

In the 1800’s, a group of people left England and Ireland to go and live in America and they took their Halloween traditions with them. But instead of carving turnips, they made lanterns out of pumpkins. There are a lot of pumpkins in America in the autumn and they’re soft and much easier to carve than a turnip.

Pumpkin carving started to become popular in England about 20 or 30 years ago. Many presume that it’s an American craze, but actually, carving a pumpkin is a modern take on the old turnip-carving tradition. In the UK, some people now cook with pumpkins as well and there are various pumpkin recipes you could try if you fancied experimenting!

What is ‘pick your own pumpkin’?

In October, many farms within the UK start to offer a ‘pick your own pumpkin’ experience. You may also see it referred to as PYO pumpkins. The idea is that you go, with your kids and pull a pumpkin out of the field. You then buy it, carve it and display it.

Go to the farm in October and choose your own

You don’t really pick anything when you go to the field. The pumpkin patch has been created by putting hundreds of pumpkins onto a field and then people are invited to go and choose their own. It isn’t called ‘choose your own pumpkin’, because that doesn’t have the same ring to it. But it probably should be.

What’s the point of the pumpkin patch?

We all love a photo opportunity and there’s something about taking a picture of your toddler wearing wellies, stood in a muddy field, surrounded by pumpkins. Or snapping your baby in a wheelbarrow, curled up next to a pumpkin.

If you decide to pick your own pumpkin then you’re also creating a family memory. You can go together, choose together and carve together.

How much does PYO pumpkins cost?

Prices vary, depending on which pumpkin patch you decide to visit, but typically you can expect to pay around £2 per ticket (for all adults and children attending). This admission fee doesn’t usually include a pumpkin to take home though; you’ll pay for it on top of your admission fee.

You can expect pumpkin prices to start at around £1.50. If the size and the quality of the pumpkin matters to you, then try to visit midway through October, as the best pumpkins on the patch tend to be chosen first.

Your pumpkin should last between three and four weeks.

Should you pre book a ticket?

If you do want to take the family pumpkin picking, then make sure you book a ticket as soon as soon as they go on sale. The pumpkin patch is one seasonal fad that people across the UK seem to be embracing and if you’re not organised, you will miss out. This is definitely not the type of activity you can just turn up and do on a whim. If you want entry, you’ll need to pre book, because some of the most popular patches sell out in September.

Is pumpkin picking worth it?

If you want to visit a pumpkin patch, then why not? It’s a seasonal treat, a nice way to spend a few hours and an opportunity to create some special family memories.

Some people rave about Halloween. They love everything about it, from pumpkin-spiced candles, to trick or treating and spooky fancy dress. For me, nothing beats Christmas, but I do understand why others look to Halloween in a similar way. For those people, I imagine that a trip to the pumpkin patch is essential.

If your child is too young to visit the pumpkin patch, then check out my roundup of Halloween activities for babies. 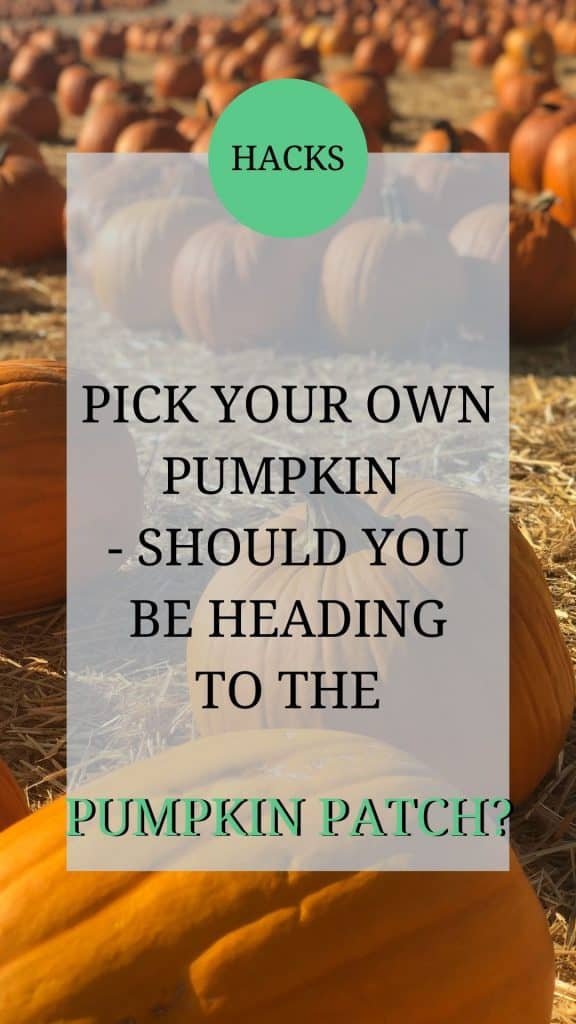