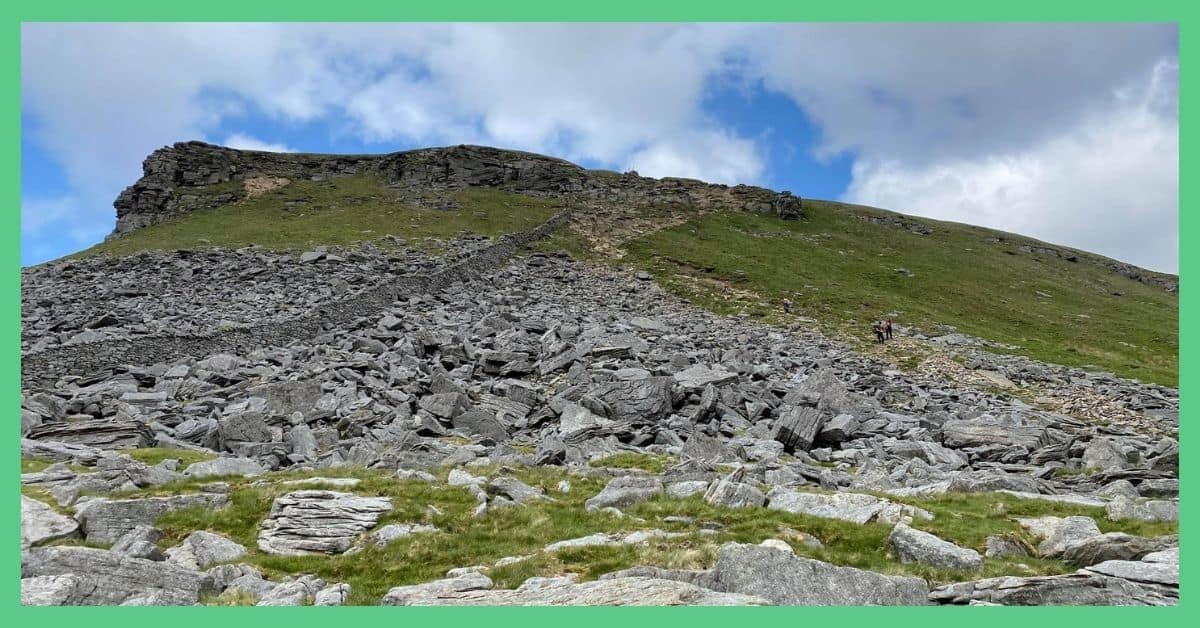 Thousands flock to North Yorkshire each year to walk up Pen-Y-Ghent, which is a one of Yorkshire’s famous three peeks. But is the Pen-Y-Ghent walk suitable for families? If you’re thinking of trying it, then here’s everything that you need to know.

North Yorkshire has become synonymous with the three peaks: Pen-y-Ghent, Ingleborough and Whernside.

So if you’re in the area with your family, then you may be considering the Pen-Y-Ghent walk. The Pen-Y-Ghent peak is the smallest (but not necessarily the easiest) of the three peaks, so again, it might be an attractive one to experience with your family. Check out my tips for hiking with a baby or a toddler if you’re taking little people out with you.

My partner had hiked Pen-Y-Ghent before, so we decided this would be a good point to start when it came to attempting the three Yorkshire peaks with our family.

Things you need to know:

Where to start walking

The climb starts in the small village of Horton in Ribblesdale and people tend to take the circular route; going up via Brackenbottom Scar and down past Hull Point, which is the largest natural hole in England.

We took the typical circular route, which included scrambles at the steeper edge of the mountain and I, in particular found this a challenge. I felt a bit sick through vertigo and I found some of the boulders hard to climb up. I am not an experienced climber though; if you are, then you probably wouldn’t be phased by this.

If you’re planning to do the Pen-Y-Ghent walk, then you’ll need your usual equipment. I’ve written a guide to sourcing affordable hiking gear if you’re looking for some new kit.

Aside from your general kit, I’d be sure to pack some gloves for the scramble (if you go that way) and some walking sticks.

If you take the classic, circular route, you’ll be going up the steeper edge of the mountain. This way is quicker, but it will involve two scrambles.

You could opt to go up the other way instead; there are plenty of steps on this path and it might take you a bit longer. But if you’re feeling a bit apprehensive, then you should opt for option two. We met plenty of walkers on the route that had purposefully avoided Brackenbottom Scar, by walking up (and down the) mountain past Hull Point.

What length of time should you allow for your Pen-Y-Ghent walk?

It should take 3 hours and 20 minutes to get up an down the mountain, but that obviously depends on a lot of factors. It took us around 4 hours and 30 minutes to complete the length of the walk. But we stopped numerous times, spent some time admiring the views at the top and we had nowhere else to be. If you are doing this walk with your family then I’d advise you to set off in the morning and to take your time.

You don’t need to be super fit to complete the Pen-Y-Ghent walk, but a basic level of fitness is required. You’ll also need to be confident that the kids can manage a 10.23km walk.

If you’re planning to take a baby or toddler, then you’ll need a LittleLife Ranger S2 Child Carrier (or something similar). You’ll also need to be confident that you can carry the extra weight.

What about the kids?

As I’ve mentioned, my son was on his dad’s back in a LittleLife Ranger S2 Child Carrier, but there’s absolutely no way that he could have managed that route on his feet. But I very much doubt that anybody under the age of three would have been able to climb those boulders.

Unless your children are particularly competent climbers, I’d avoid that going up via Brackenbottom Scar. You could always walk down that way, or at least have a look at that route from above, so you can make an informed decision the next time you attempt the Pen-Y-Ghent walk.

If you’re looking for a challenge though and your family are seasoned walkers, then don’t let me put you off! We managed it fine, but I just want families to be aware that the scramble may be a challenge for some.

If you’re taking younger children, then make sure you check out my guide to hiking with babies and children.

Could you cycle up the mountain?

It is possible to cycle Pen-Y-Ghent, but I haven’t done it personally and I don’t think I’d take the kids on their bikes. If you’re a seasoned mountain biker then this is something you could look into. However, it isn’t a particularly popular cycling route and most people you’ll encounter will be on foot. 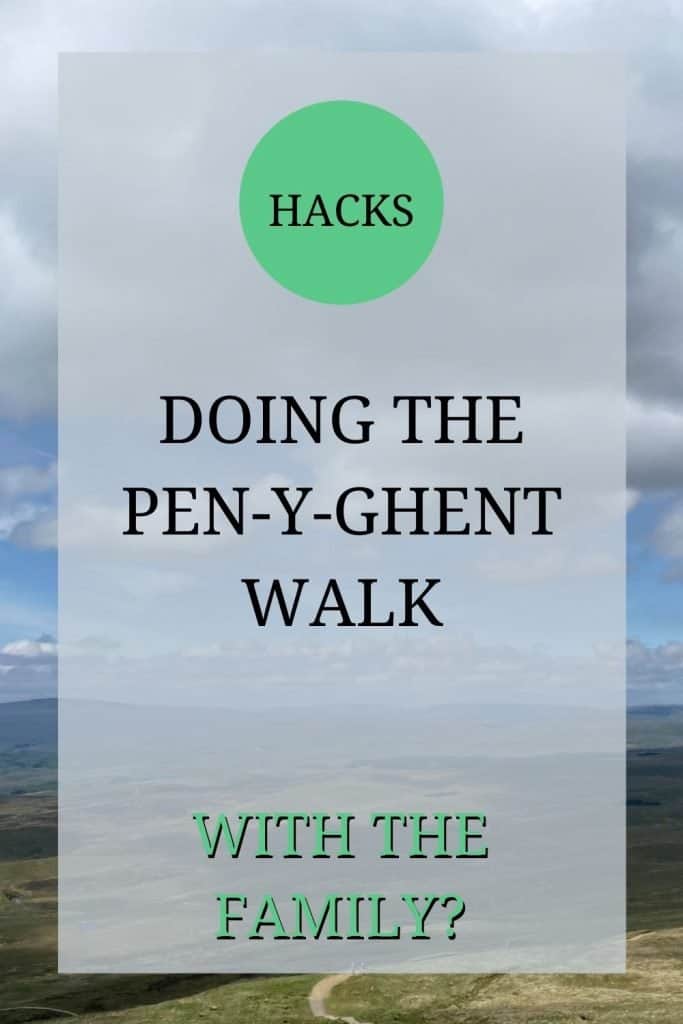 Would I recommend the Pen-Y-Ghent walk to families?

If you’re a family of confident, seasoned walkers, then I would certainly recommend Pen-Y-Ghent. If you’re not massively into walking as an activity, but you have moderate level of fitness and you’re looking for a challenge that your family can take on, then you should still give this mountain a go. This walk does throw up a couple of challenges, but it is manageable and you’ll certainly feel a sense of achievement if you conquer it.

Make sure you hike this mountain at a sensible time though. Start early so you have plenty of light and if the weather conditions look ropey, rearrange for another day. It is probably best to hike this mountain in spring, or Summer and I’d probably avoid December, January and February if you wnat to take the kids along. As those months can be particularly unpredictable weather wise, especially in Yorkshire!

I will issue a warning though; if you hike Pen-Y-Ghent, you’ll probably find that you’re researching Whernside and Ingleborough within hours of completing it!

If a walk up Pen-Y-Ghent sounds a bit too intense, then read about things to do in Skipton on a budget and check out my EUREKA science museum review.

Editor’s note: This post was originally published in August 2021 and has been revamped for accuracy and comprehensiveness.