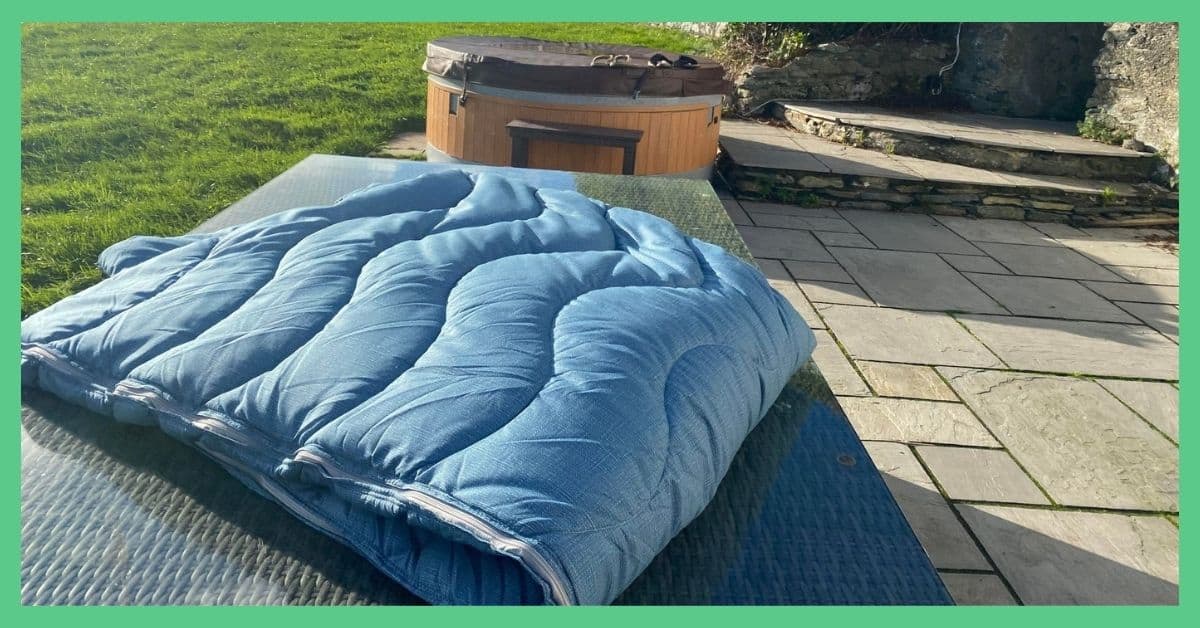 This is a paid collaboration.

I was asked to try out the Night Owl 3-in-1 Sleeping Bag and I have to be honest; I think it’s a game changer. Continue reading to find out why I was so impressed.

The Night Owl 3-in-1 Sleeping Bag, from The Fine Bedding Company, is a sleeping bag with a twist. You can use it as a double, or as two single sleeping bags. I have to say, I think it’s by far the best sleeping bag I’ve used. Here’s why:

When you buy a sleeping bag, you want it to be warm and soft as a given, right? Well I can confirm that the Night Owl 3-in-1 Sleeping Bag is very cosy to sleep in. It’s really smooth against the skin and despite sleeping in it, in a tent in October, I remained toasty all night long. This is a 7-tog sleeping bag, so it’s appropriate for all seasons.

I usually find sleeping bags quite uncomfortable to sleep in, because they’re just too small. I’m a plus size woman and I find that I often toss and turn when I’m sleeping somewhere new, so this double sleeping bag was perfect for me, as it gave me the space I needed to get comfortable. I don’t think I would use it with my husband though, as I’m not convinced that there would be enough space for us both.

Even if just one person plans to sleep in the bag, it’s nice to have an added extra. During a recent weekend away, with friends (including our children), we ended up spending some time in the garden. The kids were a bit cold, but they were able to cosy up in this sleeping bag. We wouldn’t have purposely taken two sleeping bags away with us, but it was nice to have the option.

If you do go away with a group and somebody forgets their sleeping bag, then it would be handy to have this product to hand, as it could work as a spare.

Sleeping bags don’t tend to be the most attractive, do they? They are often bright and colourful, but the Night Owl 3-in-1 Sleeping Bag is really attractive to the eye. It is a light blue colour and it looks more sophisticated than the average sleeping bag. 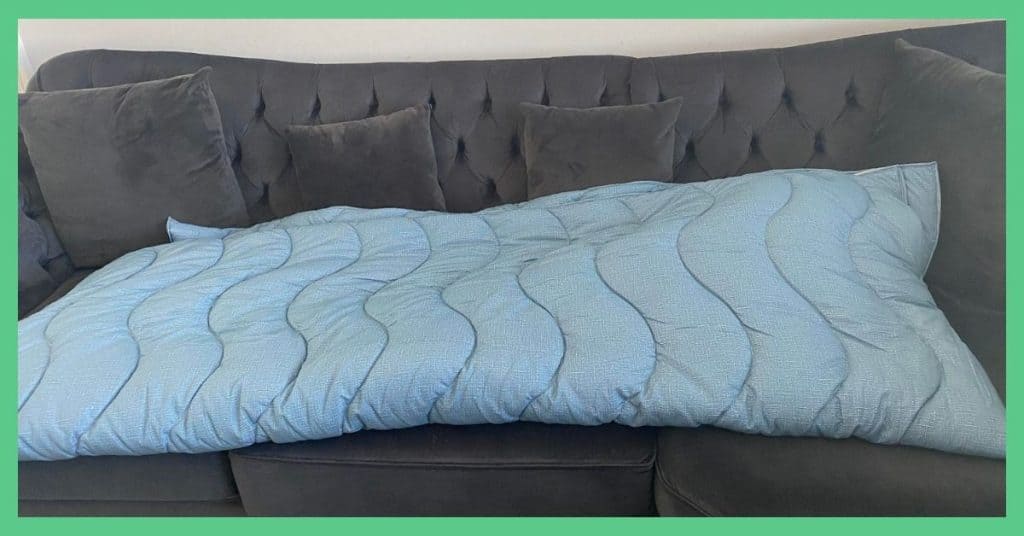 This is a really handy product to have. Since I’ve received it, I have used it in the house (when people have stayed over), in the garden (whilst others were using a hot tub) and during a caravan holiday. It’s soft, comfortable, well designed and versatile.

This sleeping bag comes in its own duffle bag, so it’s easy to transport. I also find it easy to put back into the bag when it’s time to pack up. Also, despite being a double, this sleeping bag doesn’t take up too much space.

After the kids had this out in the garden, it was a little mucky, with some mud at the bottom. But it washed straight out and the sleeping bag only took around 90 minutes to dry. It looked as good as new after a wash too.

I was really impressed by the Night Owl 3-in-1 Sleeping Bag and I think we will get a lot of use out of it as a family. It’s great that you can use it as two singles, or a double and it’s a just a super-handy piece of kit to own.