Some babies come into the world on their own accord, but others need a helping hand. According to the BBC, almost one in three women in England are induced, which means that labour is brought on by using drugs in a hospital. But it’s hard enough to know what to pack for impromptu labour, especially if you haven’t had a baby before, so what do you pack in your induction hospital bag?

Shall I just grab my labour bag?

You might think you’ve got your induction hospital bag sorted as you’ve packed a bag for labour. But if you go into hospital whilst you’re in labour, then the chances are you’ll be out again within 24-48 hours. However, if you’re induced, then you could be in hospital for a week or more. I was. And believe me, if that happens, you’ll want to ensure that you’re as comfortable as possible during your stay.

Here are the 10 items I think that every expectant mother should pack in her induction hospital bag:

If it’s possible to do so, load your tablet up with lots of television before you go into hospital. There are televisions attached to most UK hospital beds, but if you go in with a tablet then you’ll be able to pick what you watch and you won’t have to pay either. You can download shows onto BBC iPlayer, Netflix and the ITV app. That means that you’ll have something to occupy your mind during the hours where you’re hanging around.

If you don’t have a tablet, then ask your friends and family if they have one that you could borrow. My mum lent me hers and it was really handy to have.

I’m sure your neighbour doesn’t want to hear you catching up on EastEnders, so make sure you pack your earphones.

You’ll be surprised by how much better you’ll sleep with your own pillow. There’s something quite comforting about having it, so make sure you take yours with you.

Ear plugs were an absolute godsend when I was on the induction ward. You could be there for a while, you’ll need to get as much rest as possible and they can be noisy places.

Also, you also might want to block out the noise if the woman in the bed next door goes into labour. From experience, listening to another woman in the early stages of labour when you know that it’s your turn next, isn’t very pleasant.

Hospital wards aren’t exactly dark at night. Your neighbour might have their nightlight on and you may be able to see the bright lights of the ward from your bed. So make sure you pack an eye mask, as it will shut out any light around you and they’re also great for helping you to nap in the day.

You’ll want to be as comfortable as possible in your hospital bed, so make sure you have some slippers to hand in case you need the bathroom.

Hopefully the ward will be clean, but it’s good to have some antibacterial wipes in your bag, just in case something looks a little gross. As I was in hospital for a while and I could see how busy the nurses were, it made sense to have some wipes that I could use, rather than having to ask them every time something didn’t look quite as clean as I’d like it to be.

Make sure you’ve got your treat bag well stocked up, including a bottle of your favourite squash.

9) A hand fan (and extra batteries)

I was in a hospital ward at the end of December and it was boiling. A hand fan came in very handy.

10) Your favourite pyjamas and some fluffy socks

If you’re going to be there a while, you’ll want to be as comfortable as possible. So pack your favourite pyjamas and fluffy socks.

If you’re being induced, I think it’s definitely worth giving some extra thought to your induction hospital bag. You might be in hospital a while, so it’s important that you get as much sleep and rest as possible. The items listed above should help you to feel comfortable.

I’ve also compiled a list of labour bag additions; things you should ensure you have on top of the usual items. 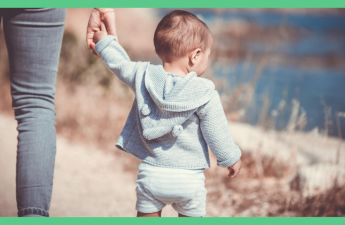 Solo parenting: how to survive two weeks on your own 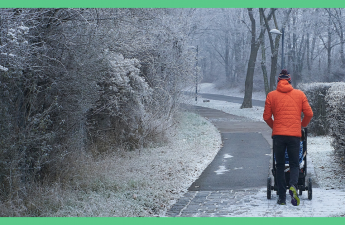 6 advantages to buying a second-hand pushchair 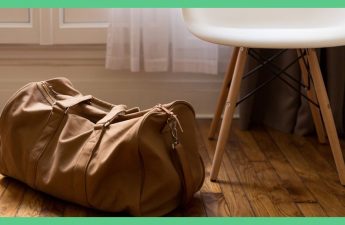 What to pack for labour: hospital bag additions

Hello! My name is Claire (Stapo to some) and I created Stapo's thrifty life hacks.  I'm 35 and I live and work in Greater Manchester with my partner Keir and our son, Arthur. Keir and I met, were living together...