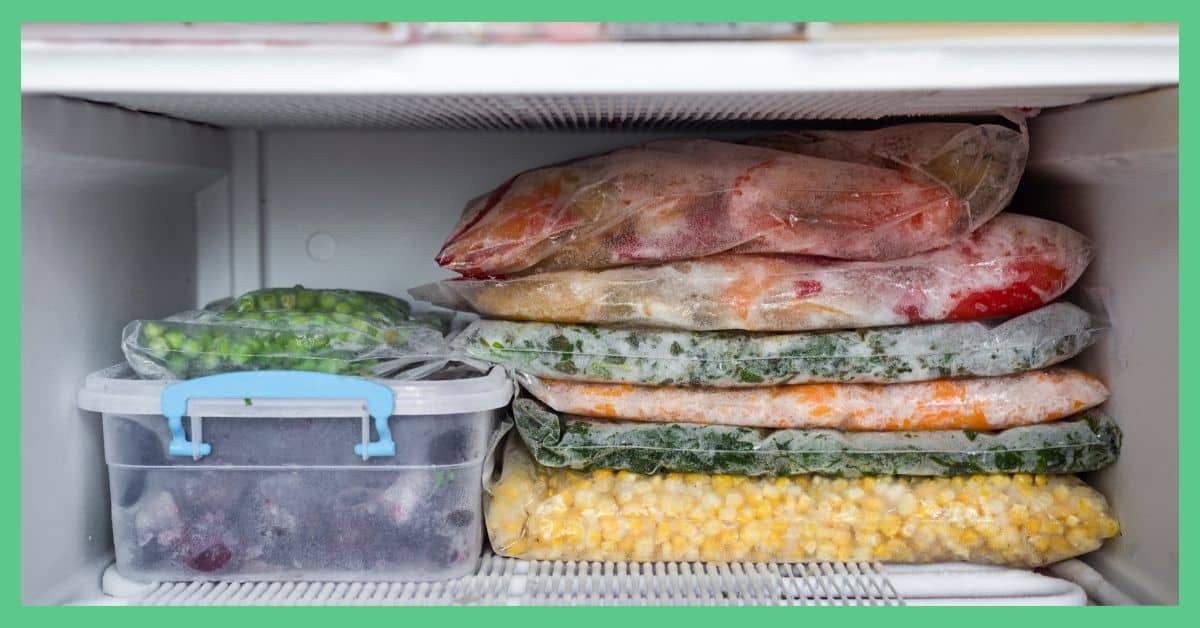 It’s important to cook frozen food right, but where do you start? This guide will show you how to cook the items in your freezer correctly.

Sometimes I buy frozen food, such as fish, meat and Quorn. I have also been known to stock up on convenience meals, but I also have a variety of other frozen food products in my freezer. But it’s not always obvious how to cook frozen food, especially if the item doesn’t come with instructions.

Following the instructions on packet meals and pre-packaged items

Sometimes, when you’re trying to cook frozen food, the right method is pretty obvious. If you pull a convenience meal out, or some chips out of the freezer, or some waffles, then the chances are it will come with instructions. If that’s the case, follow them. Don’t try and cheat the system; if something isn’t suitable for the microwave, don’t try and put it in there. It might not cook through properly, leaving you with an unappetising meal. In more extreme cases, you might end up ill, or causing an accident. So as a general rule of thumb, if it has instructions, follow them to the letter.

Sometimes, you might pull an item out and find that there were instructions, but they’re now illegible. If that’s the case, then Google the answer. It’s likely that you’ll find the instructions online.

Can you cook meat from frozen? 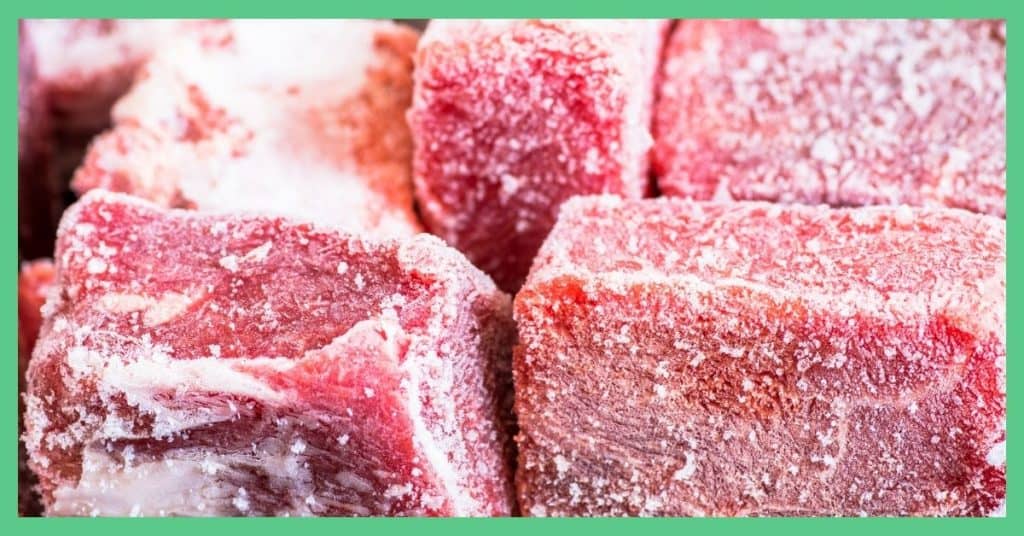 As a general rule of thumb, if you can defrost raw meat before cooking it, do that. Take it out of the freezer and leave it on the worktop overnight. Or, if you know you’re using it in two days, pop it in the fridge for 48 hours. You should ensure that the meat is fully defrosted before cooking and when you do cook it, make sure it’s cooked through.

But sometimes you won’t have the time to defrost your meat and you’ll want something quick, so is it safe to cook it from frozen? If you have a big joint of meat, don’t even attempt to cook it. But it is possible to cook some pieces of meat straight from freezer. Another advantage is, that the smaller the cut, the easier and quicker it will cook.

You can cook any pork or beef product from frozen. That includes mince, bacon, sausages and steak. You might struggle to cook a tasty piece of frozen fillet steak though, because ensuring it’s cooked through, but isn’t overcooked is a tricky knack to master. So if you do cook from frozen, make sure the pieces are bitesize.

What about chicken? Does it need defrosting first? 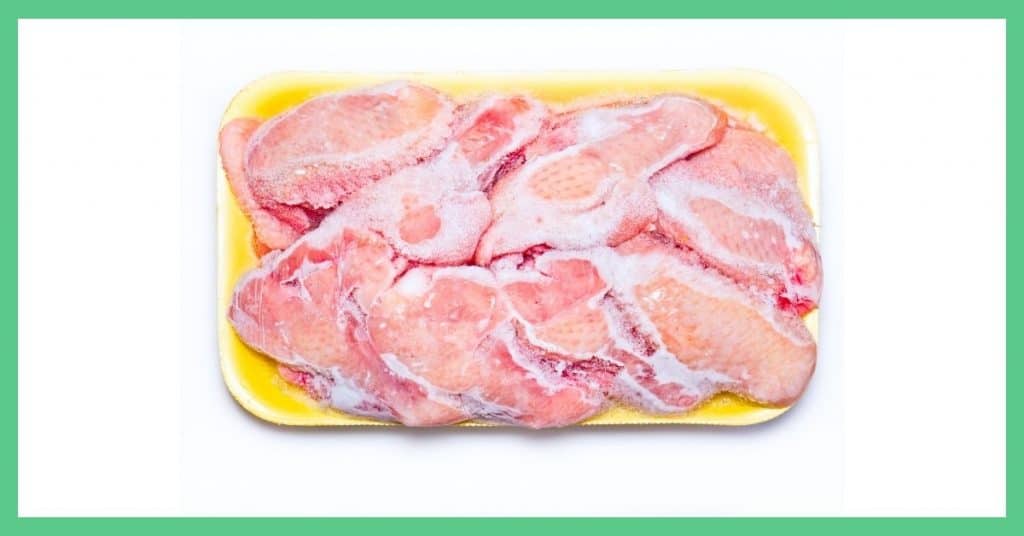 Small pieces of chicken can be cooked straight from frozen. However, you need to make sure that it’s cooked through.

Personally, I’d avoid cooking chicken from frozen where possible, but if you do decide to, add 50% more cooking time on, to account for the fact you haven’t thawed it first. You have to make sure it reaches the right temperature before serving (70oC). 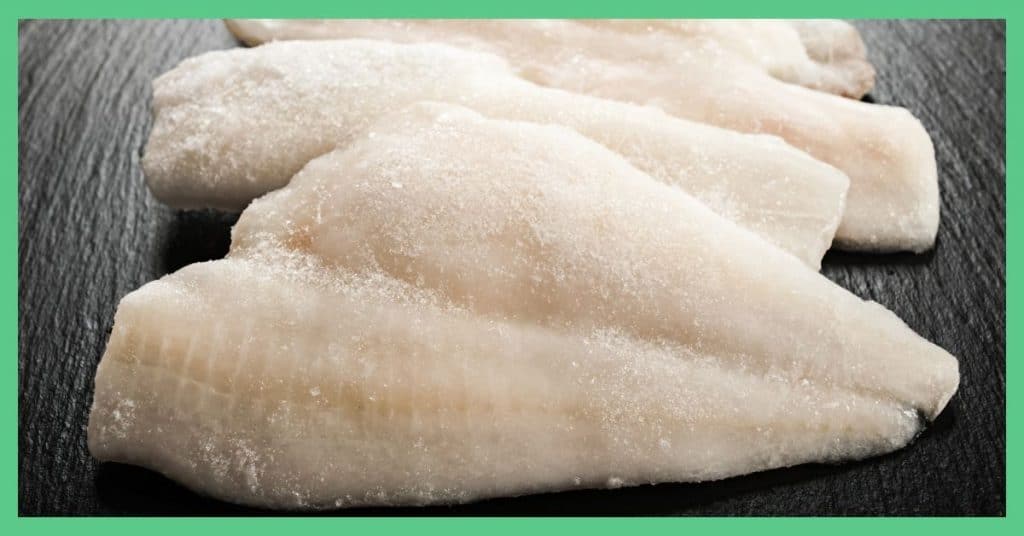 It is possible to cook fish from frozen. If you have a fillet, you could season it, wrap it in foil and put that straight into the oven. However, to cook prawns, or bitesize chunks on the hob, you should run them through cold water before cooking. After a while, the fish will naturally defrost.

Is cooking eggs straight from the freezer recommended? 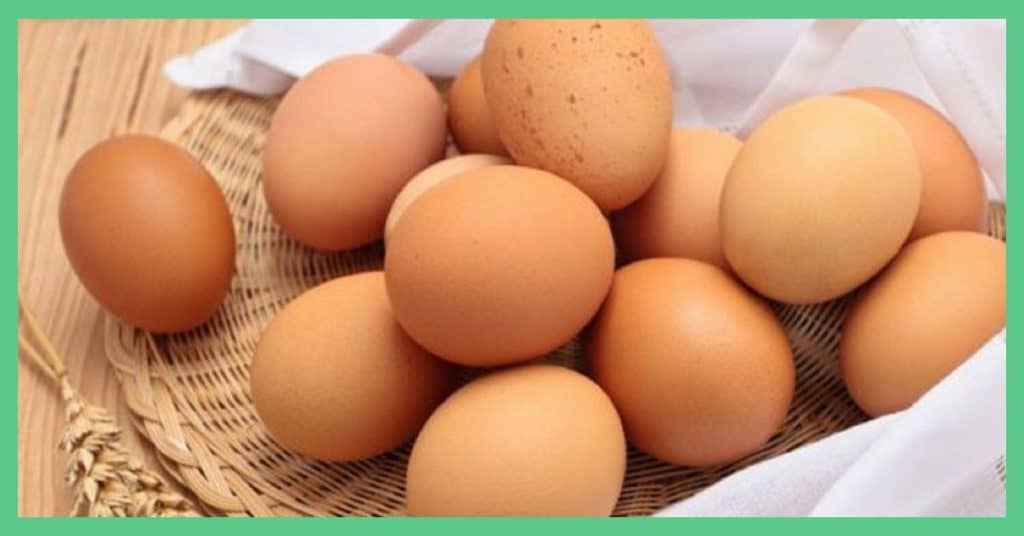 You can’t cook them from frozen. You need to wait for them to fully defrost in the fridge (this will take around 48 hours). When it comes to cooking it, you should make sure that the egg is fully cooked through, so if you like a runny yolk, don’t be using a previously frozen egg!

If you can, I’d avoid freezing eggs. I just don’t think it’s worth the risk.

Can you cook bread from frozen?

You can toast bread from frozen without issue. Just pop it in the toaster or on the grill. But if you wnat to make a sandwich, you’ll have to defrost the bread first. To do this, you can either let the bread defrost naturally, overnight on the fried. Or you, can put it on a low setting in the microwave.

If you have a burger bun, or a bread cob, then I’d recommend putting them on a plate and leaving them overnight with a kitchen towel draped over them.

Is it possible to cook pasta from frozen? 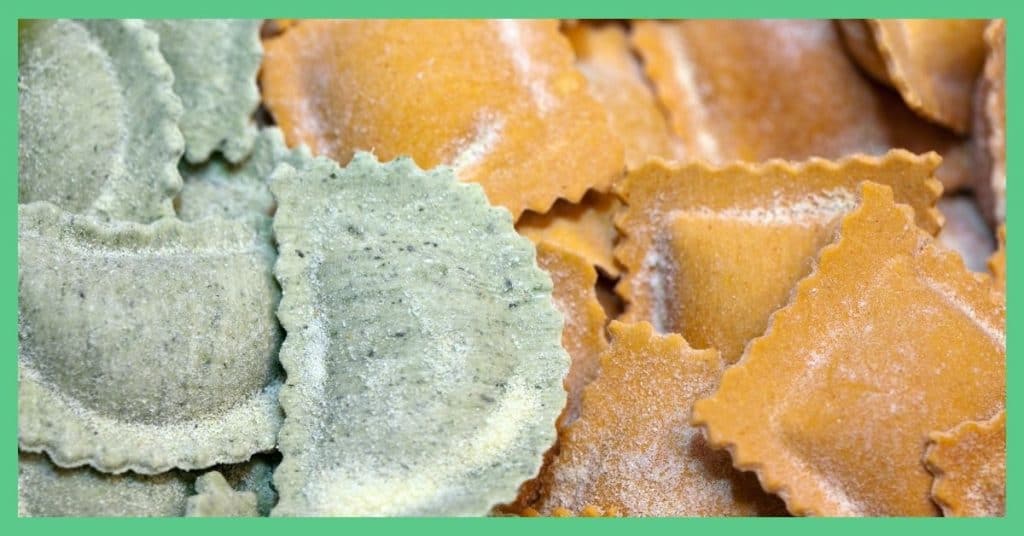 You can cook pasta from frozen without issue. Just allow the pasta a few extra minutes to cook in the water.

Pasta dishes, such as lasagne and pasta bake can also be cooked straight from frozen. Again, they may just need a little extra time to cook through.

Can you cook frozen rice? 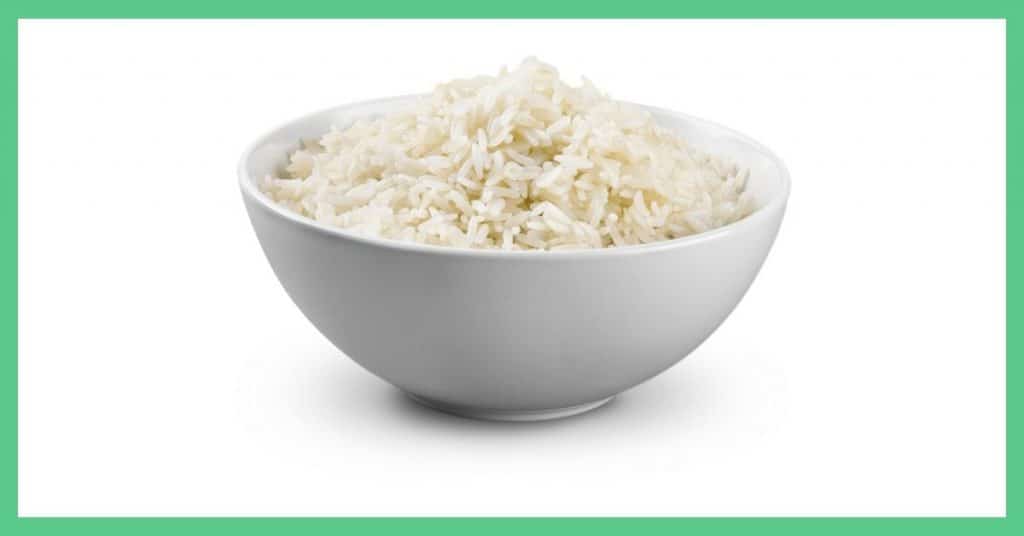 Frozen rice can be cooked straight from the freezer. Break it into chunks and place it in a microwave-safe bowl. Cover and heat it for two minutes. You can then run a fork through the rice and serve it straight up.

Can you cook frozen vegetables? 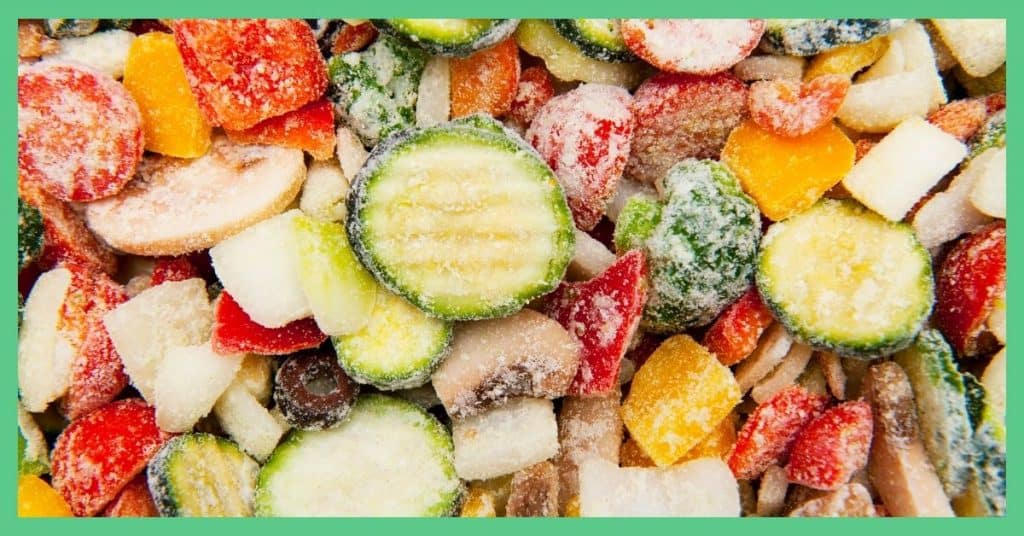 Regular readers know that I’m a big fan of frozen vegetables. I think they’re a handy staple to have tucked away in the freezer.

Veggies can be cooked from frozen. You just add them to the hob, or stir-fry pan as usual, but keep your eye on them, because they have a tendency to go soggy after a while. I wouldn’t bother trying to cook them in the oven, or in a steamer, because you’ll be left with a mushy mess.

What about frozen soup? 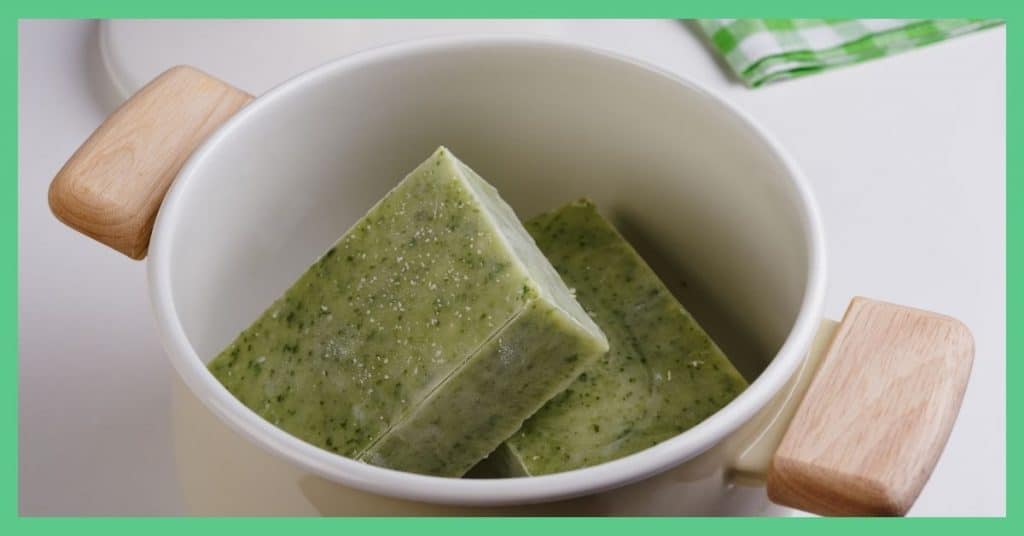 You can cook soup from frozen, it will just take you a bit longer than usual. Put your soup in a pan and add a cup of water so it doesn’t catch the bottom as it thaws. You can then bring it to the boil as usual. Check that it’s fully hearted through before serving. 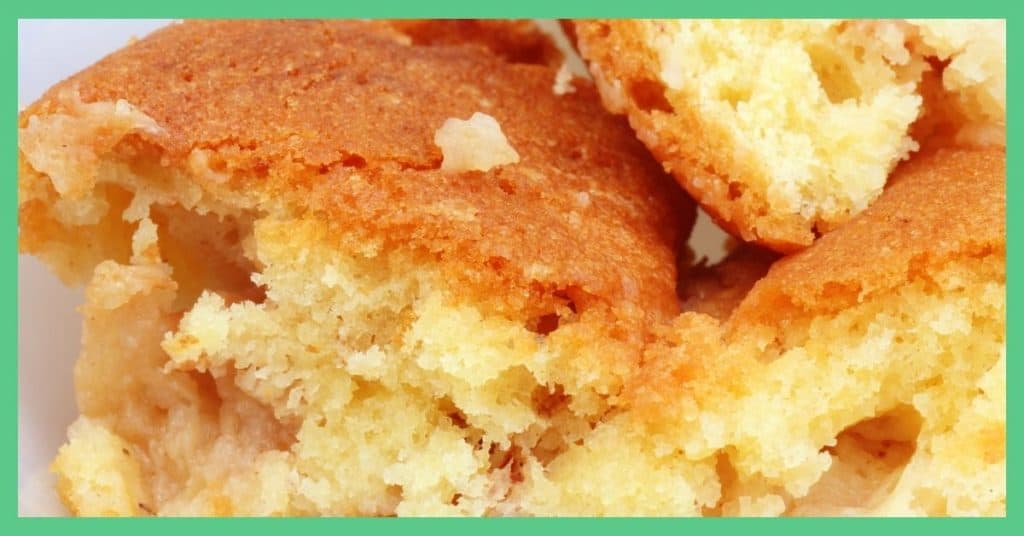 Heat it through in the oven for five minutes before adding the sauce or custard.

Still wondering how to cook food from frozen?

If the item you’re trying to cook from frozen isn’t listed here, then make sure you do your homework and look for an alternative source before cooking it. It is best to read tried and tested methods because going ahead, because you could end up ruining Sunday dinner. Or, even worse, end up poisoning your family.

If you find yourself cooking frozen food and you start to doubt a cooking method, change it, or choose a different ingredient all together. It’s always better to be sure when it comes to food preparation, so you should always put your safety first.

If you found these frozen food tips useful, then check out my food section for similar content.