Railway commuters can now buy a flexible train season ticket, that will allow them to travel over any eight days, within a 28-day period. But will this season ticket save you money? Here’s everything that you need to know about this new season ticket:

What is the flexi season ticket?

This pass is a new, paperless ticket, that will allow you to travel with greater flexibility. You can travel over any eight days within a 28-day period and you won’t be required to select the days of travel in advance. This means that it’s a great option for those that have gone back to the office for part of the week, or only have certain  things on that they’ll need to travel for.

With this new pass, you’ll be able to tap you smartcard, or scan mobiles at the station. On the day of travel, you’ll have to ‘touch in’ using the yellow reader on a gate, a ticket machine, or the National Rail Smartcard app. You’ll then free to complete your journey. As it’s all done electronically, you won’t have to remember to put a physical season ticket in your pocket each morning. You can just tap and go!

Will this type of ticket save me money on the trains?

If you’re travelling into the office four or five days per week, then you’ll find it more cost effective to purchase a standard season ticket. Those that are in once per week should also stick to a standard day ticket. You should also keep in mind that train companies often do deals on daily tickets, so ensure that you’re getting the cheapest daily ticket to meet your travel requirements.

But analysis shows that if you’re travelling into the office two or three times per week, you could save with the flexible train season ticket. This is because flexible season tickets work out cheaper than buying a series of day tickets.

With a season ticket, your actual saving will depend on your travel route

It’s important that you only select this type of monthly season ticket if it will save you cash. Here’s what you could save on your route, if you’re working for two days in the office:

Here’s what three-day-a-week commuters could save on these routes:

If you want to know how much the new flexible train season ticket could save you on your commute, then use the season ticket calculator as a measure to work it out.

Flexible train fares… Why should I now invest in ones of these seasons tickets?

During the pandemic, millions of people have been working from home on a full-time basis. As restrictions have began to lift, workers have started to return to the office. But millions of companies have decided to adopt a more hybrid working model, with employees splitting their time between working from home and the office. This new flexible train season ticket has been launched to respond to this trend in working.

Robert Nisbet, Director of Nations and Regions, at the Rail Delivery Group, said: “We’ve worked with government to introduce the new Flexi Season ticket, which goes on sale today, to give commuters the freedom to divide their time between home and the office.”

Another reason for introducing this flexible season ticket is that sales of traditional tickets have gone down over recent years. People are working from home more and from the office less. This trend has been accelerated by the coronavirus pandemic.

If fares are too high, then people will travel on trains less often and rail bosses are well aware of this. For this reason, they have tried to keep the season ticket cost down, because if it isn’t competitive, the consumer simply won’t buy it. Also, over time, if rail travel isn’t competitive, commuters will find a cheaper transport alternative.

Where can I buy these flexible rail tickets and season tickets from?

You can purchase one of these new flexible train season tickets on rail websites and apps. Some train ticket offices will sell these passes too.

As these flexible rail tickets are paperless, you’ll need a either a smartcard or barcode ticket on your smartphone device. 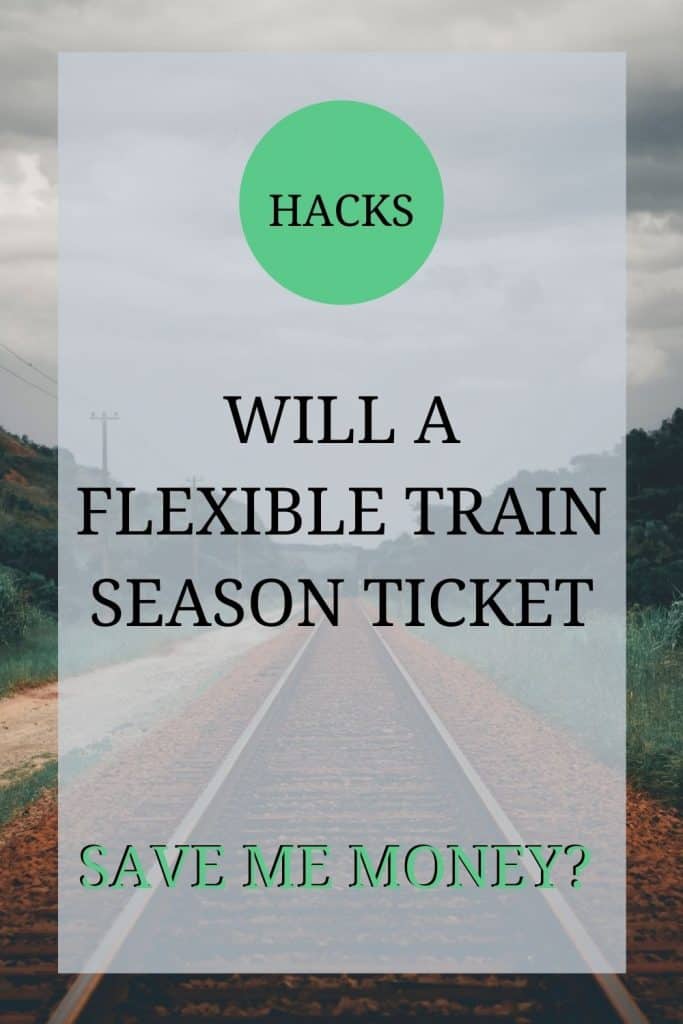