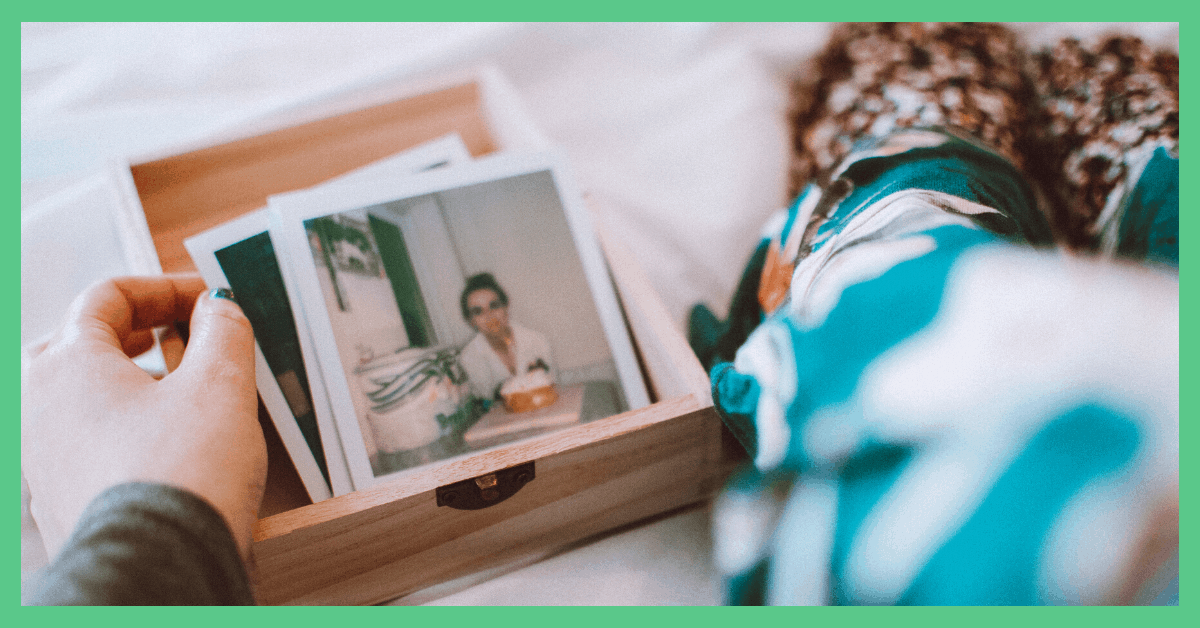 I love the idea of creating a baby keepsake box, as it’s something nice to look back on with your child when they’re older. But when you have a newborn, you’re vulnerable, tired and overwhelmed. So making clay footprints may not be up there on your list of priorities. That’s okay. If you stick to my rules and suggestions then you’ll have something lovely to look back on, whilst still having enough energy for the night feed.

I have a few rules when it comes to creating a baby keepsake box:

So what should you put in your baby’s keepsake box? Here are my thrifty, no-fuss suggestions:

Most people come away from their scan with a picture and if you’re lucky, you’ll have more than one. This is a lovely thing to add to a baby keepsake box.

In some UK hospitals, as soon as a baby is born, the midwife puts a hat on them. This means that the hat features in a lot of those first photographs, making it a lovely thing to put in a keepsake box. You can take it out and marvel at how small their head was (even though it probably didn’t feel that small at the time!).

You might have picked out something special to take your baby home in. If so, why not save it to look back on? My mum knitted my firstborn a cardigan, which he came home in. It sits with the hat in the keepsake box.

That tag that’s put on your baby at birth. The one with their name, the date and the time of birth. You’ve got to save it, right?

Those first pictures may go in an album, but it’s also lovely to print some of them off to go in your baby keepsake box. That way, when you’re going through the items, you can be reminded of those first moments.

By ‘a document’ I don’t mean anything official, but instead, something that depicts a moment in time. Perhaps a newspaper covering that month’s big news story, or a local newsletter, or even an order of service from your baby’s christening or naming day.

You don’t need to go overboard here. But I found that by going to baby groups, I ended up with a few pictures and footprint keepsakes. I kept a selection. Pieces that were made around Valentine’s Day, Easter, Halloween and Christmas made it into the box. I also added the date of my child on there, to give the keepsake a bit of context.

If your baby got some ‘welcome to the world’ cards then were born, then why not keep a selection in the keepsake box? That way they can reflect back on the words of their grandparents, aunties and uncles in the years to come.

We put a birthday crown and a first birthday card in our son’s keepsake box. You could include a picture, or a birthday vest as an alternative. Any item that reflects the day would work.

You might have a story associated with your little one’s first pair of shoes. We do. We bought our son’s first pair from Asda, after measuring his feet ourselves, as the UK was in lockdown when he first started walking. I’d had visions of taking him to a shop and getting him measured, but it wasn’t to be. This is a story we can reflect on when we open the baby keepsake box though!

I do think it’s worth creating a baby keepsake box, but don’t put unnecessary pressure on yourself. Having a baby is a tricky enough time, without remembering to fill in a milestone book, or worrying about ordering in craft materials.

Have I missed anything out? What’s in your baby’s keepsake box?

You may also be interested in my top 5 second-hand baby buys, my 3 travel cot hacks and how I recycled my baby box. 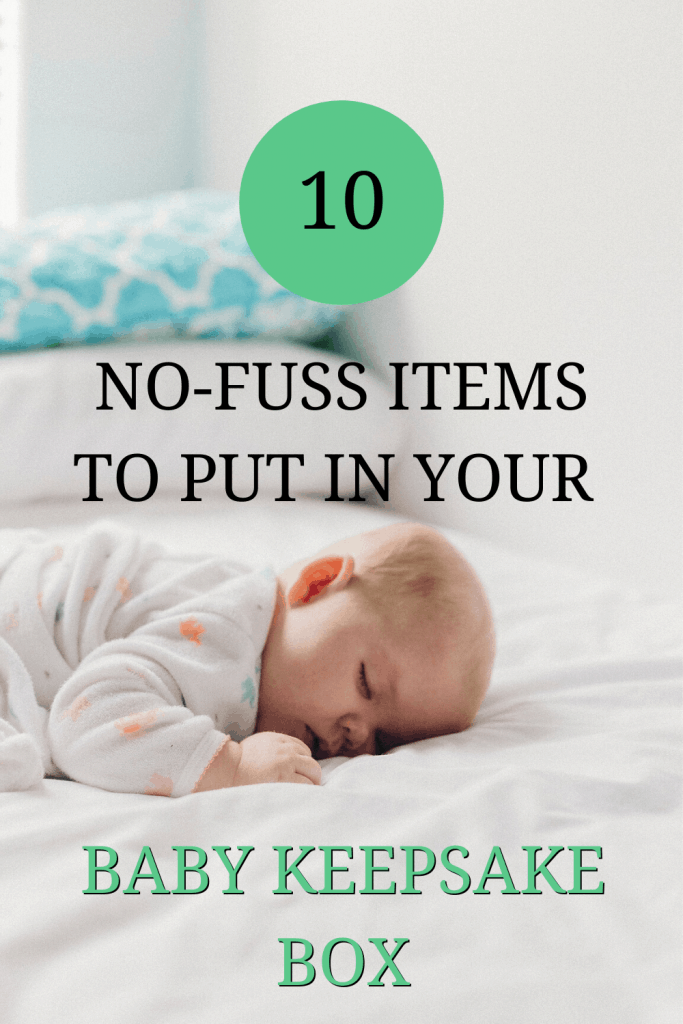